jobs that must be a fooking nightmare

how the fook does that work

it must be constant stress, my armpits feel sweaty just thinking about it

on the other hand you'd have to be fairly cocky to do it, I suppose

Secretary to the board somewhere. fook me, organising meetings and taking notes all day.

I would love to be an ethics advisor

I would wander around behind my advisee ringing a bell and shouting "unethical! unethical!" at relevant junctures

I mean more than before.

I am currently the effics person chez nous and it is a fvcking nightmare tbh.

Conveyancing - I'm dealing with a buyer's solicitor who keeps asking the same thing repeatedly despite me having used three different polite methods of telling them where to shove their request.

30 days hols (plus 20 carried over from 21/22), flexi, a better going rate than most provincial firms plus nobody is allowed to call you on your holidays?

I think that still seems a pretty sweet gig

As both paid and honorary Secretary to several Boards, I can confirm it's as much fun as it sounds.

30 days hols (plus 20 carried over from 21/22), flexi, a better going rate than most provincial firms plus nobody is allowed to call you on your holidays?

I think that still seems a pretty sweet gig

Yeah but I work in France now.

I bet even France doesn't do 9 months mat leave on full pay (not sure how much I will bet, maybe 5 centimes)

one of my friends has done this 3 times

almost makes it seem worth having three kids

unless you meant the French civil service would be terrible

What do you mean by all of this? Are you asking what their activities are? Why would it be constant stress? Why would you have to be cocky to do it?

how the fook does that work

it must be constant stress, my armpits feel sweaty just thinking about it

on the other hand you'd have to be fairly cocky to do it, I suppose

I bet even France doesn't do 9 months mat leave on full pay (not sure how much I will bet, maybe 5 centimes)

No it doesn't, that's true.

But that's really the only thing that was better at my last employer than my current one.

I don't think anyone here knows what intersectionality means and there are certainly no fvcking rainbow flags or compulsory training about w**ky bollocks.

The only diversity training I've been sent on since I arrived was a disability awareness day which was actually excellent.

"I would wander around behind my advisee ringing a bell and shouting "unethical! unethical!" at relevant junctures"

This does sound like fun. Although if I was Bozza's advisor I would carry an air horn not a bell, and would insist on my assistant Dave walking behind me carrying a large supply of gas refills.

Actually probably Dave should also carry a 2nd air horn ready to go, to make sure Bozza doesn't sneakily give Carrie a government job while Dave is reloading.

Yeah I like the idea of following Boris Johnson around with an air horn for every time he does something unethical.

working on a cruise ship. almost any job.

Driver? On a cruise ship?

someone must drive the ship

there's probably a stupid boat word for it. coxswain or bosun or something.

No the captain of a cruise ship minces about in a white uniform chatting up 90 year-olds (and shagging Moldovan dancers).

The ‘driving’ is done by the watchkeeping deck officers.

Actually the officer of the watch will oversee a helmsman but guess a lot of those things are on autohelm once they're out at sea so the guys on the bridge and just keeping a lookout and checking the radar.

Yeah I like the idea of following Boris Johnson around with an air horn for every time he does something unethical.

You’d be sick of the sound of that bloody air horn within a week.

Person who checks London sewer water for polio and presumably other stuff.

Onions are worse, all of the above plus crying.

Actually the officer of the watch will oversee a helmsman but guess a lot of those things are on autohelm once they're out at sea so the guys on the bridge and just keeping a lookout and checking the radar.

I knew Saillaw would be able to answer this question.

Working somewhere without Rainbow flags seems pretty shite tbh. So much discrimination. May as well ban the burkha whilst you are there. Oh.

I did a heh at cruise boat driver - reminds of that Inbetweeners sketch on the work experience episode:

'how long is my lunch hour'

"You’d be sick of the sound of that bloody air horn within a week."

Pretty sure it wouldn't take that long.

BJPM: Gaaargh waaargh ... but surely that is mere hypocrisy and your job is to monitor eth...

Ethics Advisor: interfering with the scope of the role of ethics advisor.

I actually cant imagine being a GP, the thought of having to touch other peoples bodies and inspect their infections makes me want to vom.

Rainbow flags make shite all difference to whether there is discrimination.

I actually cant imagine being a GP, the thought of having to touch other peoples bodies and inspect their infections makes me want to vom.

I would quite like to be one of those dermatology nurses who drains people's cysts actually.

It's pretty difficult for those dependent upon academia for their economic stability right now These students are future judges, solicitors, police officers, cleaners, scientists, delivery drivers, pilots, and teachers

"We polled 1,000 full-time undergraduates on a range of free speech issues via YouthSight, a market research company specialising in students’ views. Our questions are identical to those posed through the same polling company in 2016 (with two additions), allowing us to make a comparison of how views have changed over the past six years. The results show clearly that students have become significantly less supportive of free expression."

Non-stop harassment by the coroner's office for reports because you’ve missed a deadline you didn’t agree to and which you told them was unrealistic.

Bodies decomposing in the fridges because the coroners office is taking so long to process referrals.

So we just don't mention the bad stuff and pretend it doesn't happen?

The polio sewer thing just made me think of the people who have to deal with the fatbergs in the London sewer system. That is a terrible looking job 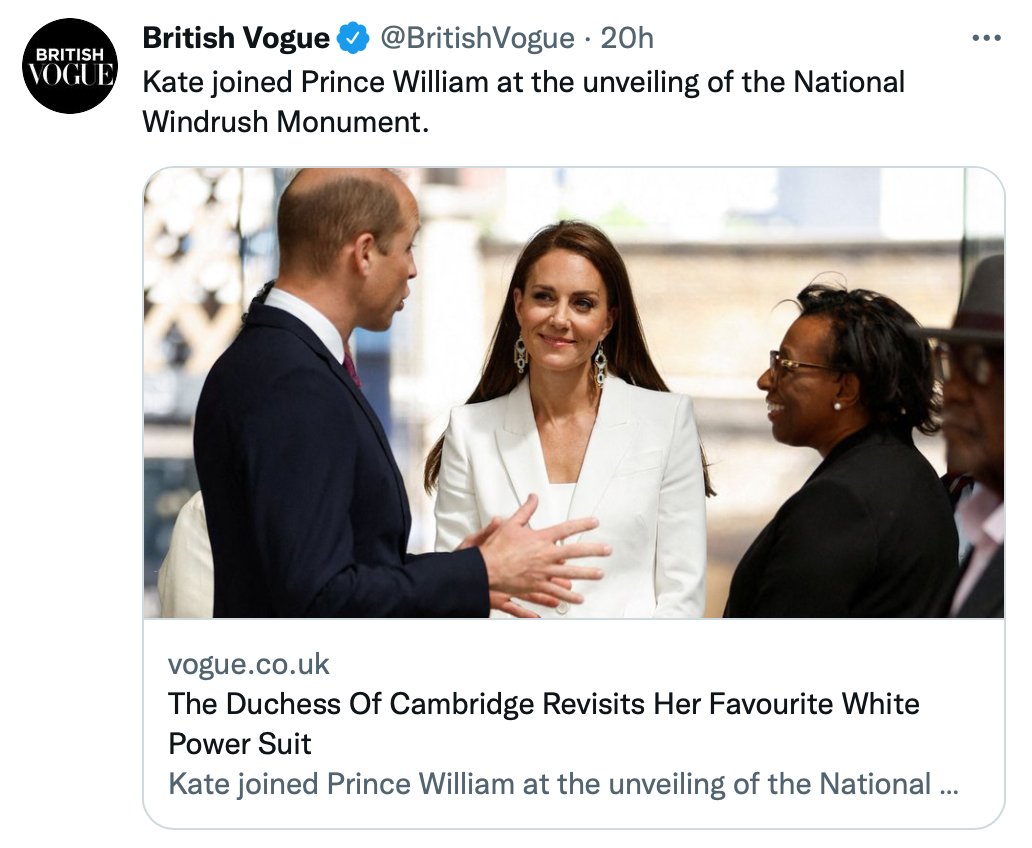 Sat diver on the rigs.

Met a guy who does this. Mad dollar, but hugely risky whilst simultaneously incredibly boring. Fvck that

I once had to visit an abattoir/meat processing factory, after a client was badly injured there.

Freezing cold, horrible smells and sights, and hour after hour, day after day, month after month, of cutting up chicken carcasses and the like.

It did seem like hell on earth, and whenever I think my job is hard, I remember that dreadful place and the poor folks who work there.

It did put me off  briefly, but I slipped back pretty quick.

I suspect that if I was taken round, say, a battery chicken farm I may stop eating poultry due to the horrible living conditions for the animals.

Beef, lamb and to a lesser extent pork are obviously reared in a more acceptable way.

No probs at all with fish.

Removal man. I spent considerable weekends , holidays and evenings back in the day as a removal mans assistant. The hardest and most tiring work ever done . Not enough men on a job, packing and humping  stuff up several flights of stairs , etc, etc . They never stop and 12 hour days plus were the norm. The worst were flat removals. Did a couple of 18 hour shifts .

Upside, the best gym workout ever, you’ll be ripped in no time . You save money because you’ll be too tired to go out ever , and will sleep better than you can ever imagine .

I will second removals, I spent a day lugging couches in and out of flats. That truly sucked

About 1/3 get sacked every year

The PE firm are brutal to you, the demands are endless

You've got to be a teammate to the CEO.

But open with the PE firm

You're constantly worrying about cash

Rumpole, those survey results are horrifying.

Those who would destroy Western Civilisation must be really pleased.

And what you said about Executive Coaches. It would be a pain if it was a last chance remedial case with no possibility of change: a very antiquated view of coaching.  On the other hand helping successful people to find ways to improve themselves is pretty well the core of any role that advises, mentors, supervises, or leads professionals and executives.

Exec Coach is pure blag. Only shit bit is having to tell people what you do for a living.

They are, Elffffi, and I have worse anecdotes from recent times, I'm sad to say

Have seen predictable poor results in the scenario you mentioned, and also when the exec was only doing it under duress, and thinking they just had to play along and then could drop it Such a large investment completely wasted

I don't rate the exec coaching companies that chase corporate deals broadly within companies, and also think they can specialise on exec coaching

They often get the 2 lines of profit, because those who decide on such matters don't know enough, but I've never known it to go well, and have witnessed some shocking lies told (scientific claims that are nonsense, in place of holding people accountable for poor choices affecting their current state)

Have loads of examples of it making a continued, valuable difference In recent weeks, the topic came up on 2 separate occasions with highly successful entrepreneurs I was chatting to in downtime during meetings

1 has had the same coach since 1993, and 1 since 2010 The latter's wife has the same coach, and the cost of the coach is paid by them out of pocket, which says something for how much they value coaching We chatted about a variety of business and personal issues their coaches have supported them through, how often they meet, how sessions are structured, things they've struggled with, things they've improved, things they keep failing at, and so on

What experience do you have with exec coaches, faled?

How is it a blag?

0
Vote up!
Refresh Back to board