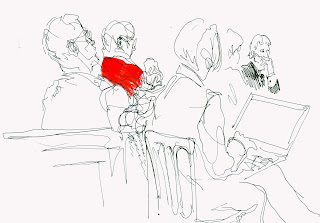 Tense, head down, guarded by a phalanx of police officers, Gina Miller walks swiftly to the Supreme Court entrance. 'Disgusting,' shouts an agitated man in a lime green hoodie.

'You're doing a great job,' calls out Leo, a German exchange student at King's College London from the French institution Sciences Po, cradle of Marcel Proust, Christian Dior and Emmanuel Macron. He has a mane of red-gold hair from his Celtic grandmother. 'Thank you,' says Gina Miller. 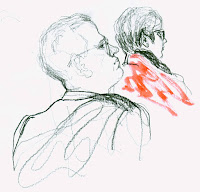 It's the third and final day of R (on the application of Miller) v The Prime Minister and Cherry and others v Advocate General for Scotland.

There's a holiday feeling in the queue - we're enjoying a temporary break watching the grown-ups in court rather than the political Punch and Judy show with its rhetoric made of artificial sausages.

Femi Oluwole, the Darlington-born Remain idol whose idiomatic French has been admired by Michel Barnier, is out here making two of his couldn't-be-clearer explainer videos and interviewing Jolyon Maugham QC, founder of the Good Law Project which is backing Joanna Cherry QC MP's case.

Later, Femi goes to Downing Street with a demand to end the prorogation and icons collide when he meets Larry the Cat - I stole this still from a Twitter clip: 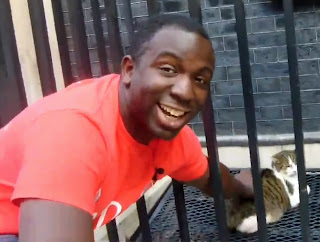 Into the court we go. 'Oh no, where's my ticket? If I've lost it I'm ****ed,' someone observes correctly. That little rectangle of coloured paper, handed to us by friendly court staff who engage in the banter outside, is our treasured entry to Courtroom 1.

Lady Hale warns Lord Advocate James Wolffe QC: 'You might have to speak up a bit.' She explains that the microphones don't necessarily amplify your voice: they are there to 'ensure that it's transmitted worldwide.'

Advocates are focused solely on the bench whereas the court is acutely conscious of its entire audience, well beyond the back of the courtroom (today barely containing a tide of constitutional law geekery which over the next decades will make its way towards the front). Lord Wilson warns Ronan Lavery QC, representing the victims' rights campaigner from Northern Ireland, Raymond McCord: 'I'm really worried about your submissions. So many people are listening to you. Perhaps some of them have just turned on and they will hear these points, these general points about Brexit and its effect on Northern Ireland, and...may come to an entirely wrong conclusion, namely that this is what we are looking at...Don't abuse Lady Hale's patience.' A student whispers, 'Wow.'

Michael Fordham QC's personal volume control is erratic, sometimes startlingly so, but his style is arresting. 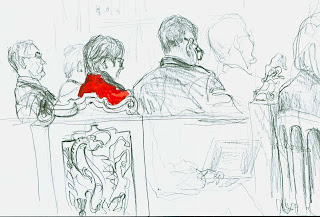 One downside of being at the back is that you can't see the rich cavalcade of Sir James Eadie QC's facial expressions while his opponents are speaking. Poker cannot be his game. 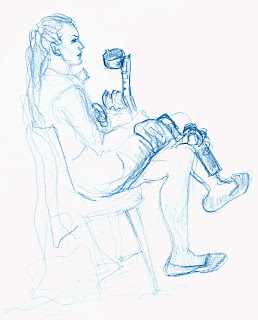 On one side of me is an undergraduate who has braved a long journey on public transport with a crutch, having dislocated her knee six times in quick succession. On the other side is an LLB student whose passionate interest in constitutional law comes from being Ukrainian.

The hearing is allowed to overrun by 15 minutes. This is important. The back rows don't want it to end. The court is a prelapsarian place of greater safety. Before the potential prolapse of the judgment. Prerogative. Prorogation. Oh Christ.

We don't hear the shouty crowds outside because of the triple glazing. The court has become our reality. The sunlit beauty of St James's Park feels staged. I walk to the Royal Over-Seas League in search of carbohydrates. The information screen in the foyer says that the Teeth Meeting is in the Wrench Room. Good grief, I've been a member for 25 years and still haven't a clue what goes on here.

For further background, The UK Supreme Court Yearbook is learned but approachable, while The Supreme Court: A Guide for Bears caters for a niche audience. 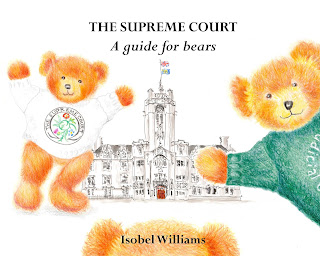