I give oracular significance to the first thing I hear on Radio 3 each day. Jacques Brel is bang on target this morning with Ne Me Quitte Pas. Georgia Mann, the presenter, allows the tragic anthem to die away then tells us: 'Brel apparently said that that wasn't a love song but a hymn to the cowardice of men.'

Is cowardice the guiding force today, though? Why choose headline-hogging litigation and have your marital rows anatomised under the searchlights rather than simply let your wife divorce you? Mrs Owens claims that her marriage has irretrievably broken down, under section 1(2)(b) Matrimonial Causes Act 1973. Mr Owens claims it hasn't.

Where is the gratification here? 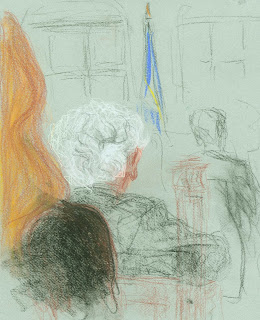 Mushrooms grow in the dark. They are capable of exerting great force when they grow. They can live off dead things. They cast their spores randomly. Mr Owens is a retired mushroom farmer. There is something about this case which remains hidden in darkness.

Time for a song.

They Can't Take That Away From Me (lyrics by Ira Gershwin) is a love song but could so easily be the reverse. Even that smile could turn into a maddening manic grimace. Who's to judge how bad a marriage is, and whether there are grounds for divorce? Lawyers are trying to divine the opinion of the hypothetical 'right-thinking person'. So far, Mrs Owens's own opinion has been deemed inadequate. The trial judge said her allegations about her husband's behaviour lacked 'beef'. 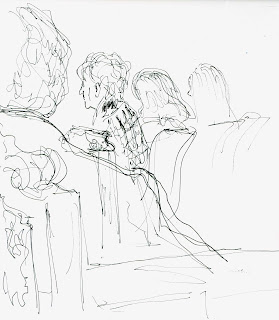 (The 'right-thinking person' is what used to be the man on the Clapham omnibus, redefined by the President of the Family Division when this case reached the Court of Appeal as 'the man or woman on the Boris bus'. Reason remains rooted in London. On my way home today I see yet another hapless passenger whacked in the face by the boorish back door of the Boris Routemaster, designed by Heatherwick Studio.)

In the Court of Appeal judgment, Lady Justice Hallett said: 'I very much regret that our decision will leave the wife in a very unhappy situation. I urge the husband to reconsider his position. On any view, the marriage is over. I can only hope that he will relent and consent to a divorce on the grounds the parties have lived apart for a continuous period of two years, rather than force his wife to wait until five years have elapsed.' 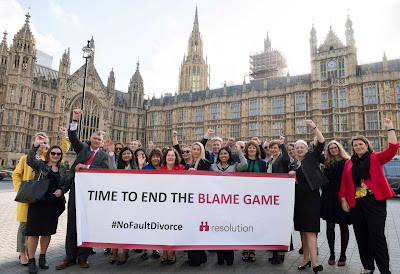 As Lady Hale points out today, the judges have to interpret the law, not create new law. On the morning of the appeal, Resolution (the intervener) is out campaiging for no-fault divorce which would end 'the husband said/the wife said' bickering in court, and indeed would end having to concoct some legally acceptable fault if none really exists.

But we'll leave this forensic fetishism and return to Jacques Brel casting his spores in the fungal gloom: